A global community who catalyzes builders of impactful companies

We are a community of founders, operators, and investors with deep domain expertise, diverse networks, and a desire to help innovative companies grow.

We look for massive markets that are well-timed and companies with high growth, reasonable valuations, and impact. We will focus on investments from ACTAI Global and Extreme Tech Challenge but not be limited to those communities.

Digitization and data science are remaking many industries because they lower friction and usage cost and enable replicability and scalability. Digitization allows for the virtualization of physical assets and more efficient asset utilization. Some of these concepts are eloquently articulated by Bill Tai in a Medium post on “Currency in the 4th Industrial Revolution” from 2018.

We also believe technology innovation is borderless, which means great companies can come from anywhere! One of the first companies coming out of the Extreme Tech Challenge was Canva in 2015, which was seeded from the ACTAI Global community.

The need for unified and coordinated initiatives to support (primarily digital) innovation as a catalyst for growth within an overarching framework of sustainability has accelerated as economies shift from being based on oil to electrons.

We are excited to partner with founders who are making a huge impact and provide them with the social and financial capital they need! 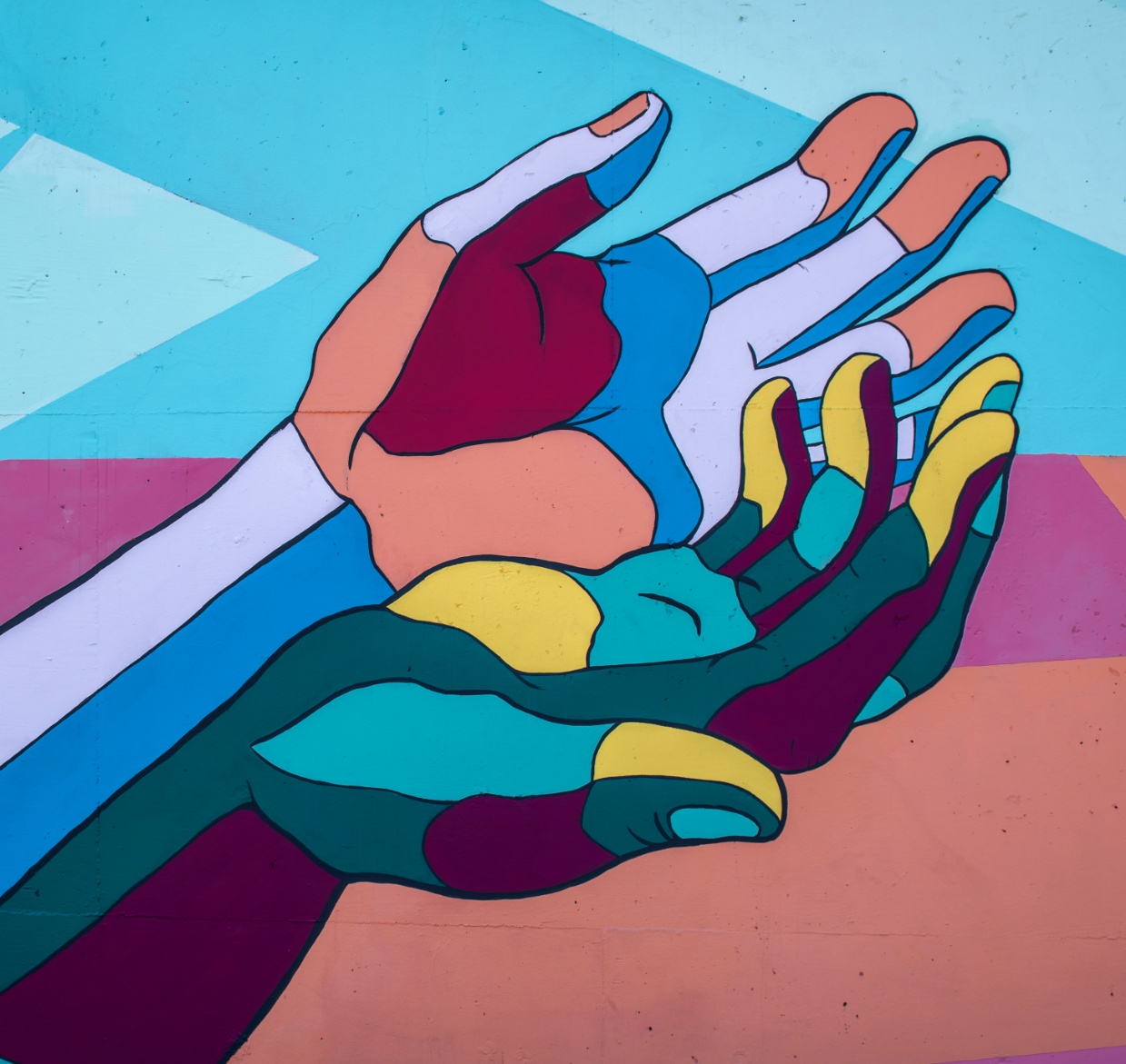 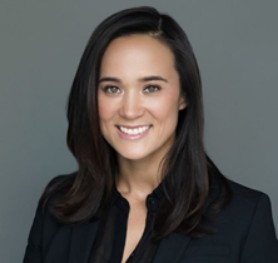 Amanda has 20 years in digital media sales and business development leadership experience from Twitter, NBC, Zagat (acquired by Google), 5min (acquired by AOL), TARGUSinfo (acquired by Neustar,) and Acxiom (acquired by IPG.) She been co-investing with Bill for the past 3 years in more than 10 companies.

She is Co-Founder and Chief Operating Officer of Metagood with Chairman Bill Tai and CEO Danny Yang.  Metagood strives to make the world better through Web3.  Through their NFT collection OnChainMonkey, she has created a strong community that believes in doing well and doing good.  Metagood was awarded Fast Company’s 2022 Best World Changing Ideas for Impact Investing.

She helps run community for ACTAI Global, a 501(c)3 uniting Athletes, Conservationists, Technologists, Artists & Innovators supporting ‘active conservation’ of our environment as partners to 2030Vision, Ocean Elders and Mission Blue, and economic empowerment via entrepreneurship through projects such as the Extreme Tech Challenge.

She has a BA from Princeton University and MBA from the Wharton School at University of Pennsylvania.

Bill Tai has been funding companies as a Venture Capitalist since 1991 and has had 22 companies he backed at the early stage grow to become listed companies. He has served on 8 public company boards from his portfolio. He is Founding Chairman of Treasure Data (acq by ARM / Softbank), Founding Chairman of IPInfusion (Tokyo:48130) and is a lead seed investor in Canva, Wish and Zoom Video where he was 1st to commit as a backer.

He was founding CEO of Internet Data Center company iAsiaWorks (IPO via Goldman Sachs & Morgan Stanley) and Founder of Tradebeam, a leader in SaaS based Global Trade Management. After earning a BSEE with Honors from University of Illinois, he joined LSI Logic, a startup formed by the CEO of Fairchild Semiconductor. He then earned an MBA at Harvard Business School and did a project for the government of Taiwan where he was given a Badge #A001 to what would become TSMC which has grown to become one of the ten most valuable tech companies now worth $270 Billion.

He then established the semiconductor practice for Alex.Brown & Sons, driving IPOs of Atmel, Adaptec, Cirrus Logic, Dallas Semi, Exar, and Zilog before becoming a venture capitalist. He was granted a PhD from Curtin University where he is an Adjunct Professor focused on “Innovation and Economic Development” and Chairman of ACTAI Global which catalyzed gatherings including the Necker Blockchain Summit and West Tech Fest. 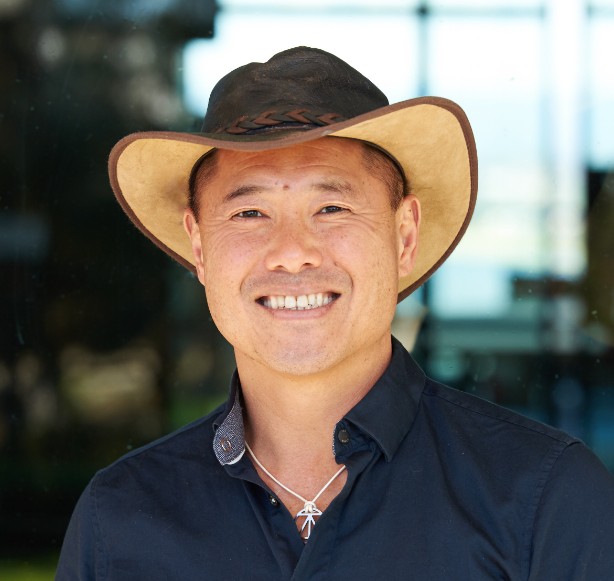 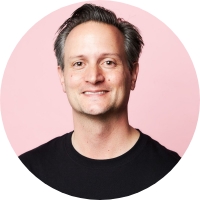 “Bill and Amanda are more than just investors, they are mission-aligned partners who will leverage their expertise and network to help companies like ours scale. They have been instrumental in negotiating one of our largest strategic partnerships, as well as have made sizable new customer introductions. We’re excited to be a portfolio company and look forward to significant growth together!”

Stand For Something Greater Than Yourself

Contribute More Value Than You Take

For The Truly Engaged, Work And Play Are One

Over 50 investments in crypto 1

Worked at the United Nations for 10+ years 1

Ballet is a U.S. company that provides simple and secure cryptocurrency storage solutions for the global mainstream market. Ballet is the team behind the world’s first multi-currency, non-electronic, physical crypto wallet. The company was founded in 2019 by Bobby Lee and an international team of cryptocurrency industry veterans. Ballet is headquartered in Las Vegas, Nevada in the United States, and has an office in Shanghai, China.

Backing the team that created Fluent Bit who Bill worked with from Treasure Data where Bill was Founding Chairman, Calyptia is a DevOps platform that provides developers deep insight into their data pipelines and unlocks value and understanding of how data is flowing.  Calyptia calls it "first mile observability". Calyptia Fluent Bit Enterprise will support cloud native environments, including on-premises and cloud-based Kubernetes.

The ContainIQ platform makes it easy for developer teams to track and observe Kubernetes events and core metrics. ContainIQ monitors the health of the cluster with pre-built dashboards and easy to set monitors.

Named one of the 10 most innovative gaming companies of 2021 by Fast Company, Dapper Labs is the world’s first blockchain entertainment company. Dapper Labs are the creators of CryptoKitties and NBA Top Shot, as well as the original developers behind Flow, a new decentralized blockchain designed from the ground up for scalability and ease of use.

Dyad is building a semantic layer for healthcare to power a suite of value-added applications, and enable coordination between payers, providers and patients. They provide an AI-powered knowledge graph that integrates with EHRs and data lakes, and powers a range of solutions including risk adjustment, clinical documentation improvement and optimisation of value-based care incentives.

Hillridge’s mission is to help farmers mitigate the financial impact of poor weather on their crops or livestock, in a way that goes well beyond existing crop or livestock insurance. They take weather data, machine learning and mass-personalisation based on what, where, and when the farmer is producing to create parametric insurance and self-executing contracts to offer farmers greater peace of mind about the one big thing they can’t control: bad weather.  They were one of 2 Global Winners of the 2021 Extreme Tech Challenge.

Liven is Australia’s leading community rewards app for the hospitality sector where consumers earn rewards from 5% to 50% back each time they dine.

With more than 1M diners and 1,000 restaurants, Liven has created a digital loyalty program for diners to collect points across restaurants and provided a platform for businesses to launch and issue their own loyalty currencies in Australia and they are expanding to the US market.

Metagood's mission is to empower communities to be catalysts for positive collective action.  They launched OnChainMonkey, the historic first profile picture collection all on chain in a single transaction, which has created value for its community and done real world good. They have launched a DAO and a Missions framework which incentivizes their community to take online and offline actions through NFT and fungible token rewards.

MicroTau is a developer and manufacturer of direct contactless microfabrication technology designed to print microscopic patterns with light and is scalable to large surfaces.  The company focuses on reducing the fuel consumption of the commercial airline industry and commercializing its technology to print microscopic patterns found in nature, allowing potential applications in aviation to reduce fuel consumption and furniture manufacturing for matte or antibacterial finishes.  They were the Advanced Materials Category Runner Up of the 2022 Extreme Tech Challenge

OneOf is an NFT green platform for musicians to connect with their fans supporting nonprofits in the sustainability space. This platform is being developed on proof-of-stake Tezos and has the backing of 3 major record labels. They will be able to release collectible music, art, and “experiences” through the platform and have a number of drops lined up with artists like John Legend and Doja Cat.

Pledge.to is a modern fundraising platform for brands and non-profits with an easy plug-in to Zoom webinars. Since their launch in 2015, Pledge has processed millions of donations to 2+ million nonprofits in 90+ countries and powered fundraisers for 5,000+ mission-oriented brands, nonprofits and individuals, including Zoom, Shopify, Box, Discovery and Evite. They were featured as a Top 5 App at Zoomtopia 2020 and will be featured in Zoom’s App Marketplace.

Tract is the world's first peer-to-peer learning community.  Founded by CEO Ari Memar with his former high school teacher, Esther Wojcicki, Tract was inspired by Ari’s time working as a camp counselor and by Esther Wojcicki’s nourishing, project based style of teaching, to create a platform that would inspire kids to develop a love for learning. Ari had a vision for a curated, safe learning community where kids explored what they actually enjoyed learning. When you join Tract.app, you will find videos your kids will actually want to watch. Since everything is created by kids for kids, the content really appeals to kids ages 8-13.

TX Tribute makes it easy to create group video gifts. They were selected to the INC500 (#256) for 2021, closed 2021 at $4.3M revenue and sent 3M+ videos through their platform in the last 12 months. They also recently created new partnerships with 1-800-Flowers and the AARP.  Their average customer invites 30 people to participate in their Tribute and 82% of Tribute recipients cry "tears of joy" watching their video.

News from Our Portfolio Companies

Holly Branson Discusses How Metagood is Combining Purpose with Innovation

WHAT the NFT?! @ Milken Institute

Pledge has a Donate button in Zoom

OneOf has been designed specifically for musicians and music lovers